Antanas and Anastazija Tamošaitis, founders of the Lithuanian Folk Art Institute,  are considered the champions of Lithuanian folk art in the diaspora. They devoted themselves to Lithuanian folk art, collecting, conceptualizing, and promoting the esthetics of artifacts made by the simple craftsmen of the Lithuanian countryside. They wrote about them, published monographs about them, and incorporated their findings into their own art work. Their zeal and dedication was not diminished by the fact that they were uprooted and removed from the source of their inspiration – their homeland, the towns and villages where much of this traditional art was created.

After a very short period of independence (1918-1939), Lithuania was occupied by the Soviet Army and annexed by the USSR as the “Lithuanian Soviet Socialist Republic”. Subjection to Communist rule meant the suppression of religious and civil rights, and also the eradication of cultural ethnicity in all its forms. The occupation was the reason behind mass flight to American, British and French administrated refugee camps in Germany, Austria and Italy, where Lithuanians banded together, at first hoping to return, later forced to seek refuge in other countries. In their infinite longing for home, they established schools, organizations and cultural ensembles, and wherever they finally settled, they brought with them their love for their homeland and its folk culture. Soviet rule precluded all contact with the homeland from the outside the Iron Curtain, so the exchange of information and any artistic collaboration was impossible. For this reason, the work of Anastazija and Antanas Tamošaitis was essential to the preservation of Lithuanian folk art.

Their creative life consisted of three periods: they were teachers, textile and folk artists and collectors in pre-war Lithuania, refugees and teachers in Germany, and finally, creators and nurturers of Lithuanian emigre culture in Canada.

From the moment they met in the early 1930’s, they marched shoulder-to-shoulder in their creative work. They were the only professional Lithuanian textile artists who designed and wove tapestries and decorative textiles, and organized exhibitions of tapestries – a unique endeavour in those times – in 1935, 1937 and 1938 in Kaunas. Antanas’ tapestries and Anastazija’s national costumes won gold medals at the world exhibitions in Paris (1937), Berlin, (1938) and New York (1939), and at the international exhibition of Lithuanian art in Hanau, Germany (1948).

Their activity was multi-faceted and fully collaborative. Eight books in the series Sodžiaus menas (Village Art ) were compiled and edited in 1931-1939 by Antanas Tamošaitis, and represented the first serious work cataloguing and adapting forms of folk art for craftworks created by villagers. The last book of this series, Lithuanian Women’s National Costume (1939), laid the foundations for further research on the national costume in Lithuania. They were the first to classify traditional women’s clothes by ethnographic district.

Although the storms of war pushed them to the West, their teaching efforts did not diminish. In 1945 in Glasenbach, near Salzburg (Austria) they opened an art studio for Lithuanian youths who had also fled from the Soviet occupation. From 1946 until 1948, they both worked in Germany at the Ecole des Arts et Metiers that was established by professor Vytautas K. Jonynas in Freiburg. After moving to Montreal in 1948, Anastazija  created a Tapestry and National Costume studio at the YMCA, and in 1949 Antanas became head of the Art and Craft School functioning in that centre.

In 1950, they settled in a private homestead near Kingston and continued to dedicate their lives to art. They painted, created graphic works, and wove tapestries. In 1977 they founded the Lithuanian Folk Art Institute, and became the unofficial ambassadors of Lithuanian culture in Canada. Their homestead and gallery became a cultural centre and magnet for Lithuanian visitors from all over Canada and the US, who came to explore the folk art of their forefathers and experience an authentic Lithuanian environment. They taught various workshops in tapestry and decorative textile weaving and lectured on the technical and artistic aspects of weaving both in Canada and the United States.

Many talented Lithuanians and their descendants in the Canadian and American diaspora were instrumental in writing the continuing story of the Lithuanian Folk Art Institute (LTFAI), dedicating untold time and effort to Lithuanian folk art and the Institute. Some are mentioned in the pages of the book Lietuvių tautodailės institutas išeivijoje (Lithuanian Folk Art Institute of the Diaspora), which also features their work. It was published in Lithuanian, and as we expand the website we will provide the English translation of significant excerpts from that publication as well as details about various individual weavers and artists. 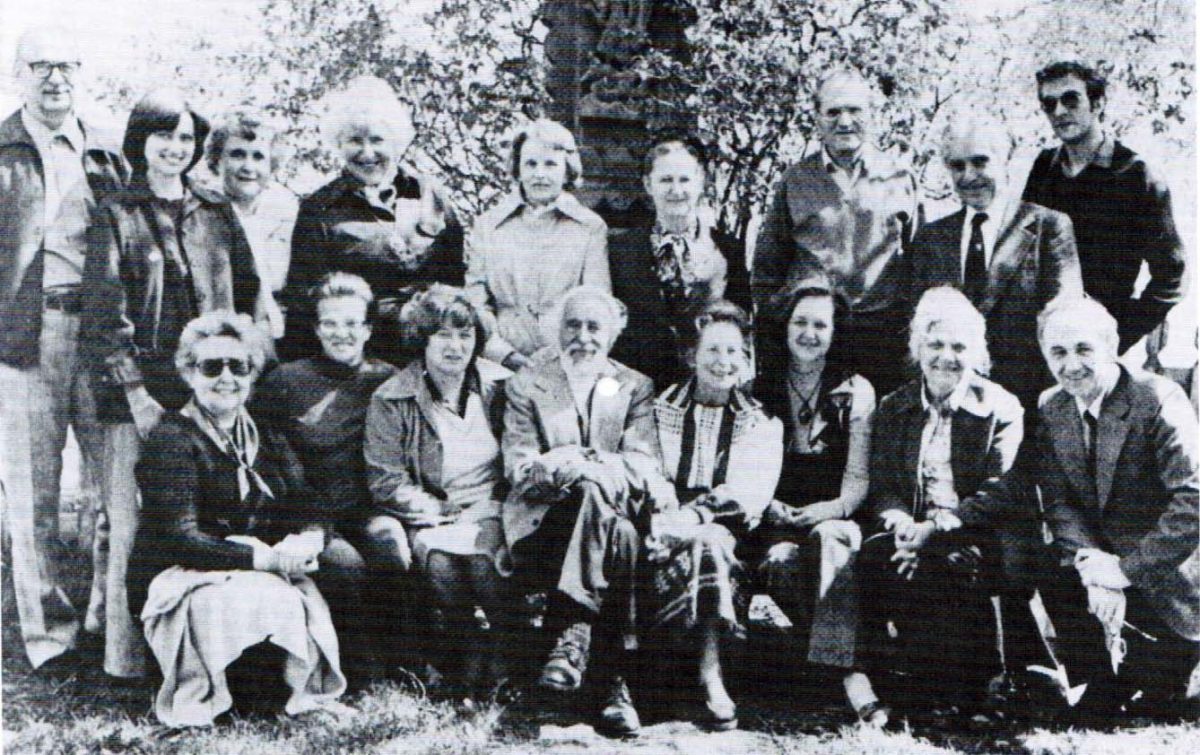