This year‘s annual general meeting of the Lithuanian Folk Art Institute (LTFAI) took place on April 30, 2017, at the Resurrection Parish in Toronto. The former president, Birutė Batraks, called the meeting to order and asked for a moment of silence in remembrance of recently deceased members – Laurynas Vismanas, Aldona Vaitonienė, Irene Meiklejohn, Dana Šablinskas and others. Their passing was deeply felt in the organization and it was important  to honour their memories and accomplishments.

This past year, a number of things were initiated and completed with plans for many more for this year.  We want to ensure that LTFAI is not just a legacy organization but a living breathing entity that celebrates the past and embraces the future.

Our main accomplishment was the creation of this website, which will allow us to provide information, showcase and promote Lithuanian folk art, reach out to members and more importantly new members, and provide a home for the archive of the National Costume Project, one of our key current projects, being led by weaver and photographer Aldona Rygelis from New York City. Its purpose is to document and photograph Lithuanian national costumes woven in North America, in the diaspora, in order to capture the beauty and artistry of these garments so that future generations can appreciate and understand the technical mastery that went into this weaving. The project is ongoing, and Phase 1 of the digital archive is planned to launch in September 2017. We are proud to be able to do that in the Year of the National Costume as designated by the ministry of culture of Lithuania.

We have an ambitious year ahead and welcome any and all artists and craftspeople interested in Lithuanian folk art and particularly weavers to become engaged with the organization and keep our heritage alive. 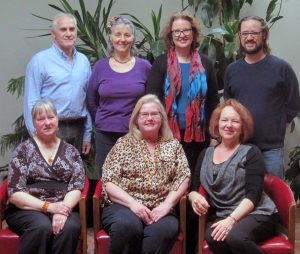 This content is restricted to site members. If you are an existing user, please login. New users may register below.